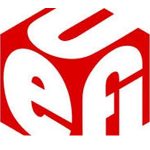 This change of the system board not only brings the technical advantages of the new CPU generation with it, but also a change in the BIOS from LEGACY to UEFI. You will find further information below.

The basic tasks of UEFI are basically the same as with the BIOS, but it also offers some additional functions. UEFI was launched on the initiative of Intel, AMD, Microsoft, Hewlett-Packard and other hardware manufacturers. The aim was to develop an interface that is easier to use and that makes better use of the graphic capabilities of modern hardware than the conventional BIOS. On Windows computers, UEFI is only used on a 64-bit operating system.

Differences between BIOS and UEFI

The goal of TPM: Only software that is considered trustworthy is permitted on the system. In this way, viruses and malware should be combated consistently. The data is also stored on the computer in encrypted form.

The requirements for TPM:
A special chip (TPM) and an operating system that supports this technology, e.g. WIN10.
Microsoft requires device manufacturers to equip the Trusted Platform Module with WIN10 as the operating system, which is currently still voluntary.
A device with a TPM chip, a specially adapted operating system and the corresponding software together form a trusted computing platform (TC platform). Such a "trustworthy platform" can no longer be used against the interests of the manufacturer.

Secure Boot is part of the UEFI specification, which is supposed to guarantee the authenticity or the authenticity of important software parts of the firmware. Critical parts of the firmware, such as the OS loader, should only be executed if they have been previously authorized by a trustworthy institution. Among other things, this excludes rootkits that implant themselves before the operating system (OS) is booted.

There are restrictions when upgrading from WIN7 to WIN10. Only LEGACY MODE can be used. The intention to operate WIN10 in UEFI MODE requires the reinstallation of WIN10. This is due on the one hand to the partition management and on the other hand to the fact that various driver elements are integrated in the UEFI BIOS. When using a software distribution that is organized on the basis of PXE Boot, the PXE server must also support UEFI BIOS.