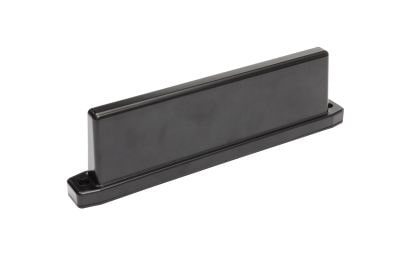 MIMO antenna according to IEEE802.11n standard

The new WLAN standard IEEE 802.11n was adopted on September 12, 2009. FORSIS GmbH uses this WLAN standard especially for the mobile FORSIS series MOBILE. The FORSIS variant implements the n standard and is at the same time robust and designed in accordance with protection class IP65.

When realizing the antenna according to IEEE802.11n, the aim was clearly the special design in the direction of the so-called MIMO (Multiple-Input-Multiple-Output) data transmission method.

MIMO systems offer higher data transmission rates, greater ranges and are not only "immune" to multipath propagation, but even exploit it. Thus, a MIMO system is particularly suitable for use in indoor industrial areas, without a direct line of sight between a PC and a router, most suitable.

Specification of the MIMO antenna

The antenna was implemented as a MIMO antenna system consisting of three separate dual-band antennas. All individual antennas are placed on a circuit board and manufactured using a chemical manufacturing process. The entire antenna is housed in a robust polycarbonate ABS (PC-ABS) housing. The complete antenna should be easy to mount on a given PC case and allow easy connection of coaxial cables.

Thus, the optimal illumination of the area is achieved in order to best support the advantages of the higher range and higher data transmission rate.

The following standards should be supported:

Basic information on the MIMO standard

WLANs based on the new IEEE 802.11n standard promise drastically higher throughput rates of up to 600 Mbit / s. A minimum data rate of 100 Mbit / s is guaranteed. The throughput does not only depend on the clock rate of the interface, but is significantly influenced by additional protocol overhead and retransmissions, which can be attributed to poor signal quality. These rates are achieved through an even more complex technology than with previous WLANs and the interaction of a large number of different functions.

The maximum data rate of up to 600 Mbit / s is achieved by 802.11n through new modulation methods and the (optional) use of a 40 megahertz transmission channel. Furthermore, two to a maximum of four antennas are used. The latter makes it possible to use a radio channel multiple times in the same frequency range and thus to guarantee parallel data transmission. This not only increases the speed, but also the range. This mechanism is known as "Multiple Input, Multiple Output" (MIMO)

How does MIMO work?

MIMO is one of the innovations in wireless data transmission. The term multipath describes the phenomenon of the different propagation paths of a radio signal, caused by reflections on walls, furnishings and people. The transmitted signal arrives at the receiver several times, with a time delay and with different signal strengths; there the received signals are superimposed and appear as a blurring of the transmitted signal. The 802.11a / b / g standards try to filter out the effects of multipath transmission by the receiver only evaluating the strongest signal. The MIMO technology specified in 802.11n now uses the transmission of signals over multiple paths for WLAN transmission for the first time, thereby achieving multiple simultaneous data transmissions.

If several antennas are used (at a distance of half a wavelength of the carrier frequency), the receiver receives additional information about the direction of incidence of the radio waves. Although the signals work in the same radio channel, the spatial signature of two signals can be distinguished from one another. This increases the channel capacity. If the transmission signal is emitted by two (or more) antennas, a time delay can create a directional effect at the antennas. This process is known as beamforming. If several receivers are aimed at by means of beamforming, one speaks of spatial multiplexing.