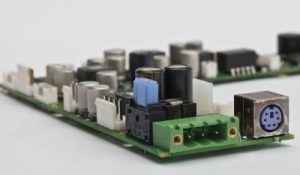 The conversion to SKYLAKE CPU technology is carried out consistently in all device series from FORSIS.

Whether in the stationary series PROFI, MASTER, ENTRY and EXPERT or in the mobile MOBILE device series - all CPU units are converted to the new SKYLAKE generation from INTEL.

Basically, it can be said that the Core i series from INTEL is a family of X86 processors for mobile and desktop computers. The typical areas of application are office, work and the entire leisure sector. The CORE-i CPU series replaced the ATOM Dual CORE family in 2008.

CPU Generation of the INTEL i-Line

The Core i series serves the largest market segment; among these, Intel offers the PENTIUM and CELERON processors, while the XEON processors are intended for servers. The following is the history of development:

With the categories i3, i5, i7 and, more recently, i9, Intel divides the processors into performance classes. The assignment does not depend on the socket, but on various processor properties. This is how she plays:
- Number of cores,
- the Hyper-Threading support,
- the width of the storage connection and the
- Support of short-term overclocking (turbo mode) plays a role,
- but also features like Trustet Execution Technology (TXT) as well
- Parts of the cache can be deactivated on processors with lower model numbers.

However, this classification is not a reliable indicator of performance. So it is quite possible that a Core i5 desktop processor calculates significantly faster than a Core i7 for notebooks. The Core i7 processor series is initially intended for the high and maximum performance segment. Core i5 is positioned directly below the Core i7. At the beginning of 2010, new dual-core processors (i3 and partly i5) in 32 nm production followed, with which the older Core 2 duos were replaced.

The background to the change

The pure CPU performance has actually only increased marginally, this has now been proven by many benchmark comparisons, so this was NOT the decisive point for the change.

As a Skylake advantage outside of the pure CPU architecture, the improved mainboard chipsets can also be considered, which have just been significantly drilled out in the basic functions.

The connection between CPU and chipset now works with DMI 3.0 and thus almost twice the bandwidth than previously with DMI 2.0, which is why there is clearly better equipment with chipset's own PCI Express lanes.